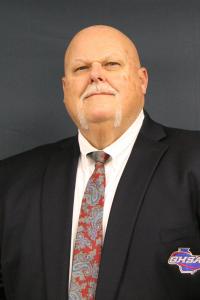 Kevin joined the GHSA staff as an Associate Director in May of 2018.  His responsibilities include Football, Cross Country, Soccer and Bass Fishing.

Kevin is a graduate of Georgia Southern University with a both a B.Ed. & M.A.Ed. in Health and Physical Education.  He also holds an M.A.Ed. & Ed.S in Educational Leadership and Supervision from Valdosta State University.

As an educator, athletic coach, and administrator with extensive experience in both large and small high schools, Kevin joins the GHSA with over 30 years of experience in athletics.  He played both high school and college football.  As a football coach at Colquitt County High School, his team won a state football championship in 1994.  In later years as AD at Colquitt County, they won back to back state championships in football in 2014 & 2015.   In his position as Athletic Director for Colquitt County Schools in Moultrie, Kevin oversaw one of the largest Athletic Departments in Georgia Public Schools.  In 2015, he was awarded both the State of Georgia AAAAAA Athletic Director of the year and the Region 1AAAAAA Athletic Director of the Year.

Kevin previously served as GHSA Region Secretary for Region 1-AAAAAA from 2002 thru 2015.  He also served on the GHSA State Executive Committee as the Region 1AAAAAA representative from 2012 thru 2016.  He is a past member of the GACA, GADA, Professional Association of Georgia Educators and the Georgia Association of Secondary School Principals.

Kevin and his wife of 30 years, Lynn, have two children, Shannon, and Bryce, both educators.